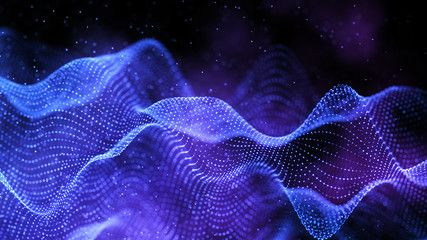 Tornado Cash fined by US sanctions

The penalty imposed on this cryptocurrency mixer affected part of the virtual currencies market.

Last Monday, a government agency founded by the United States Department of the Treasury banned Americans from using the financial protocol - Tornado Cash (TORN). The Foreign Assets Control Bureau blacklisted as many as 44 cryptographic addresses containing funds from criminal activities. While stablecoin issuer USD Coin (USDC) - Circle froze affiliated funds worth around $ 75,000 to comply with the authorities, its competitor increased its market capitalization following the incident.

Earlier last week, the US Foreign Asset Control Bureau (OFAC) banned residents of its country from using the privacy protocol based on the Ethereum blockchain - Tornado Cash. This decentralized application has laundered over $ 7 billion worth of virtual currencies as of 2019, according to a government agency affiliated with the U.S. Treasury Department.

This is why the authorities blacklisted 44 cryptographic addresses associated with Tornado Cash. OFAC claims that the above-mentioned decentralized virtual currency mixer has been used by both individuals and criminal organizations. Further integration with flagged 'accounts' may result in a fine of USD 50,000 to USD 10 million and imprisonment from 10 to 30 years.

According to the co-creator of the competing project - Manta Network, severe sanctions against Tornado Cash may contribute to the so-called domino effect. In his opinion, other protocols from the Web3 space, including those focused on privacy, will suffer. Shumo Chu told about his fears in an interview with the Cointelegraph news service. The man believes that similar projects, including his own, may be targeted by US authorities, which will increase censorship to such an extent that solutions of this type will no longer make sense of what they were designed for.

Manta Network is a layer 1 privacy protocol that uses the Polkadot network. It allows for private transactions in the DeFi sector. However, they are not anonymous. Although Shuma Chu is somewhat trying to understand the actions of the US government, which has banned the use of Tornado Cash due to the fact that the protocol was used, inter alia, by the Lazarus hacker group, he questioned regulators' understanding of how to locate and operate open source decentralized systems.

In the opinion of the co-founder of Manta Network, authorities are making the mistake of focusing on the creators of the protocol rather than some of the people using it for money laundering. Although the frequently repeated narrative states that privacy solutions are mainly used by criminals, Shuma Chu emphasized that ordinary people also take advantage of them.

A similar position was recently adopted by the CEO of the Kraken exchange - Jesse Powell, noting that sanctions against Tornado Cash are unconstitutional because "people have the right to financial privacy".

After the issuer of the second-largest stablecoin decided to follow the requirements of the U.S. government agency by freezing funds tied to flagged cryptographic addresses, its largest competitor took advantage of the situation.

While USDC's market capitalization has fallen by about $ 2 billion from $ 55 billion to $ 53 billion since then, the USDT market capitalization has increased at the same time. One market observer noted that approximately $ 1.6 billion could flow to Tether following sanctions on Tornado Cash. While both stablecoin issuers may have frozen funds linked to blacklisted addresses, so far only Circle has done so.