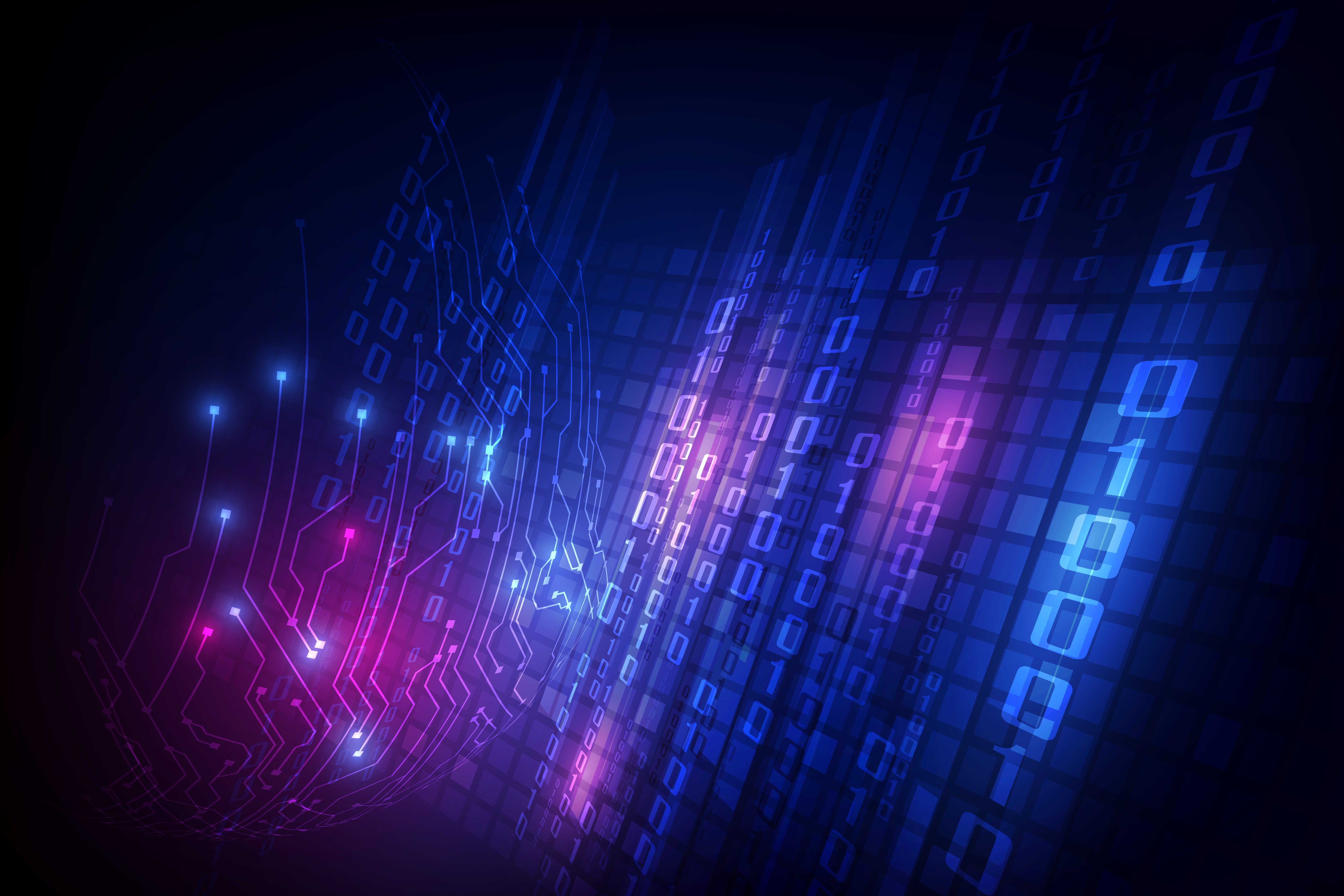 According to on-chain data, as much as 32% of all Ethereum nodes run on Amazon AWS servers.

Currently, the United States serves 47% of Ethereum nodes, and approximately 33% are running on Amazon AWS servers. This means that although the "The Merge" update will allow the transition to the Proof-of Stake model and increase decentralization, the network infrastructure will unfortunately still be based on a few large American companies.

On Friday, a lively discussion once again broke out on Reddit about whether Ethereum's computing infrastructure is too centralized. According to on-chain data, around 32% of all Ethereum nodes run on Amazon AWS servers, although the company itself claims that this figure is closer to 25%.

In 2020, Morgan Creek co-founder Anthony Pompliano made himself aware of the scale of the phenomenon, writing that Jeff Bezos could disable most Ethereum-based DeFi applications by simply disabling AWS. Since then, there has been a wide discussion on the web how to make the world's largest decentralized platform supporting smart contracts independent.

Since 2020, little has changed in terms of improving the decentralization of nodes within Ethereum. However, the Pump tweet isn't entirely accurate.

Sorry to say, but not much has changed since 2020. The chart below shows the percentage of hosted Ethereum nodes running on AWS, and at first glance this looks very disturbing as it contradicts the Ethereum decentralization narrative. 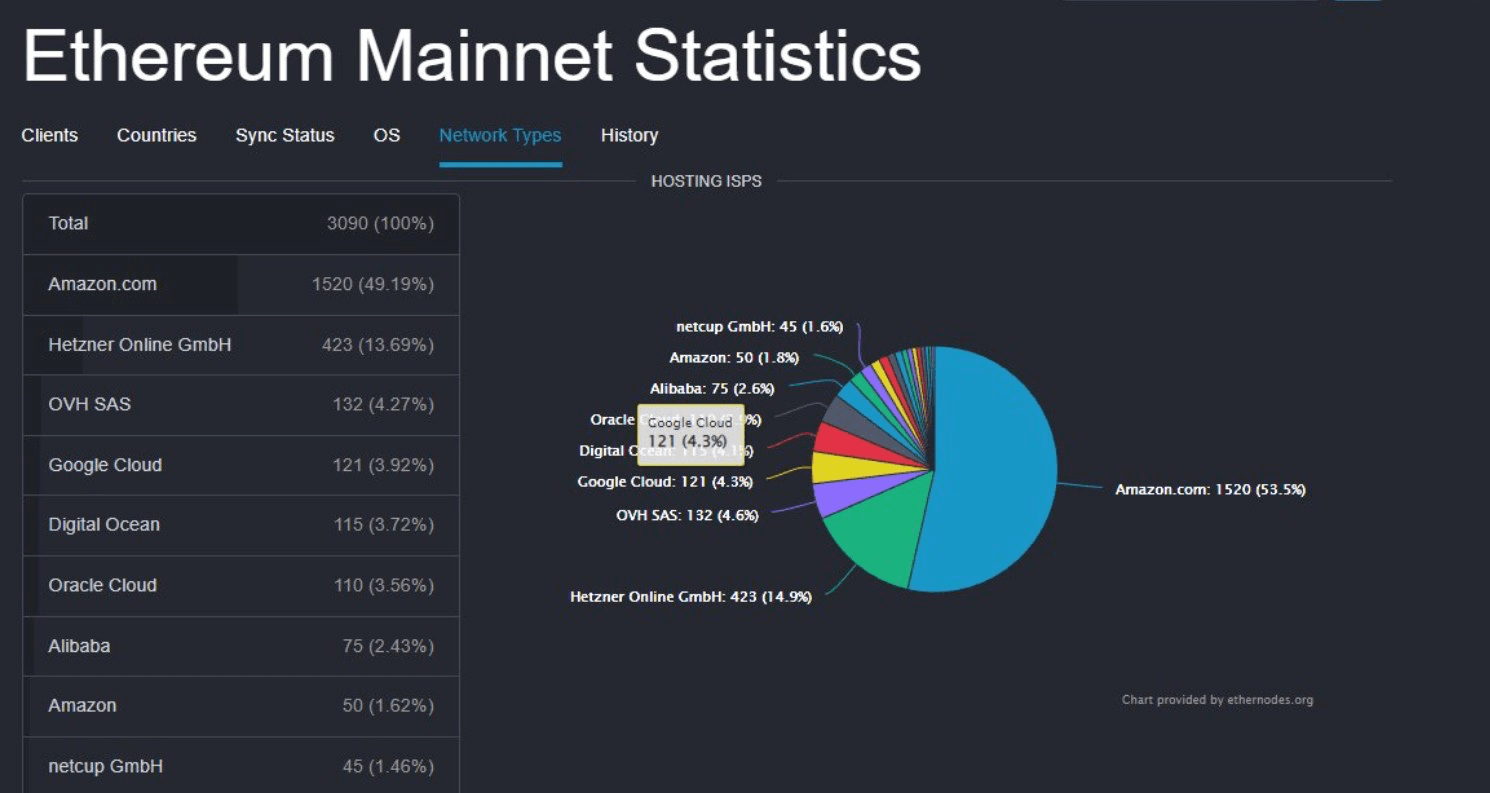 However, what objectively cannot be seen in the graphics are nodes running on private machines instead of on cloud-hosted servers. Hosting service providers cover approximately 67% of all nodes, and 29% of them are in residential areas.

Interestingly, a statistic that is not widely analyzed is that more than 50% of the residential nodes run through a handful of US-based internet providers. Therefore, Verizon, Comcast, Spectrum, and AT&T account for 51% of unhosted Ethereum nodes. 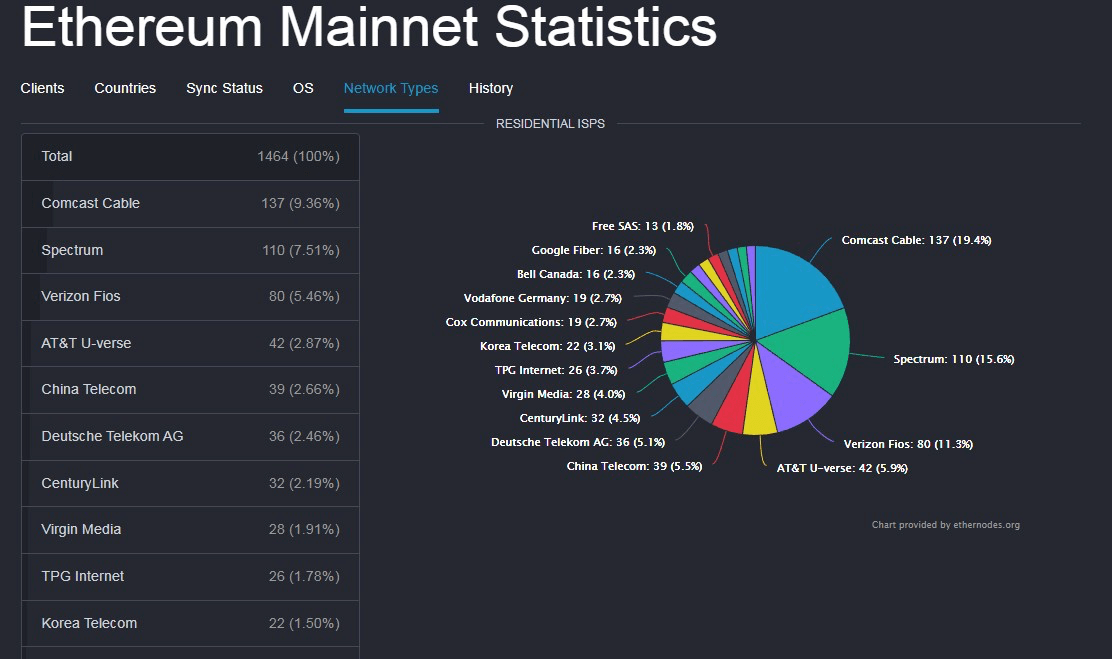 That's why Amazon, Verizon, AT&T, Spectrum, and Comcast account for approximately 47% of all nodes in the Ethereum network. This percentage coincides with the total distribution of Ethereum throughout the United States, where there are almost 5 times more nodes than in other countries, followed by Germany with 11%.

However, 47% is dangerously close to the 51% required to destroy a network. If malicious intent were to gain access to nodes by attacking five US companies, it would be able to do untold damage to the network.

However, according to Dankrad Fried, a researcher at the Ethereum Foundation, a 51% attack does not yet give the attacker absolute control.

-“They could reverse the chain, that is, undo a certain number of blocks and change the order of the transactions in them," wrote Dankrad Fried.

Consequently, a 51% attack could do nothing to existing wallets or mint new coins. On the other hand, a transaction reversal could lead to double counting of transactions, which would create a lot of confusion.